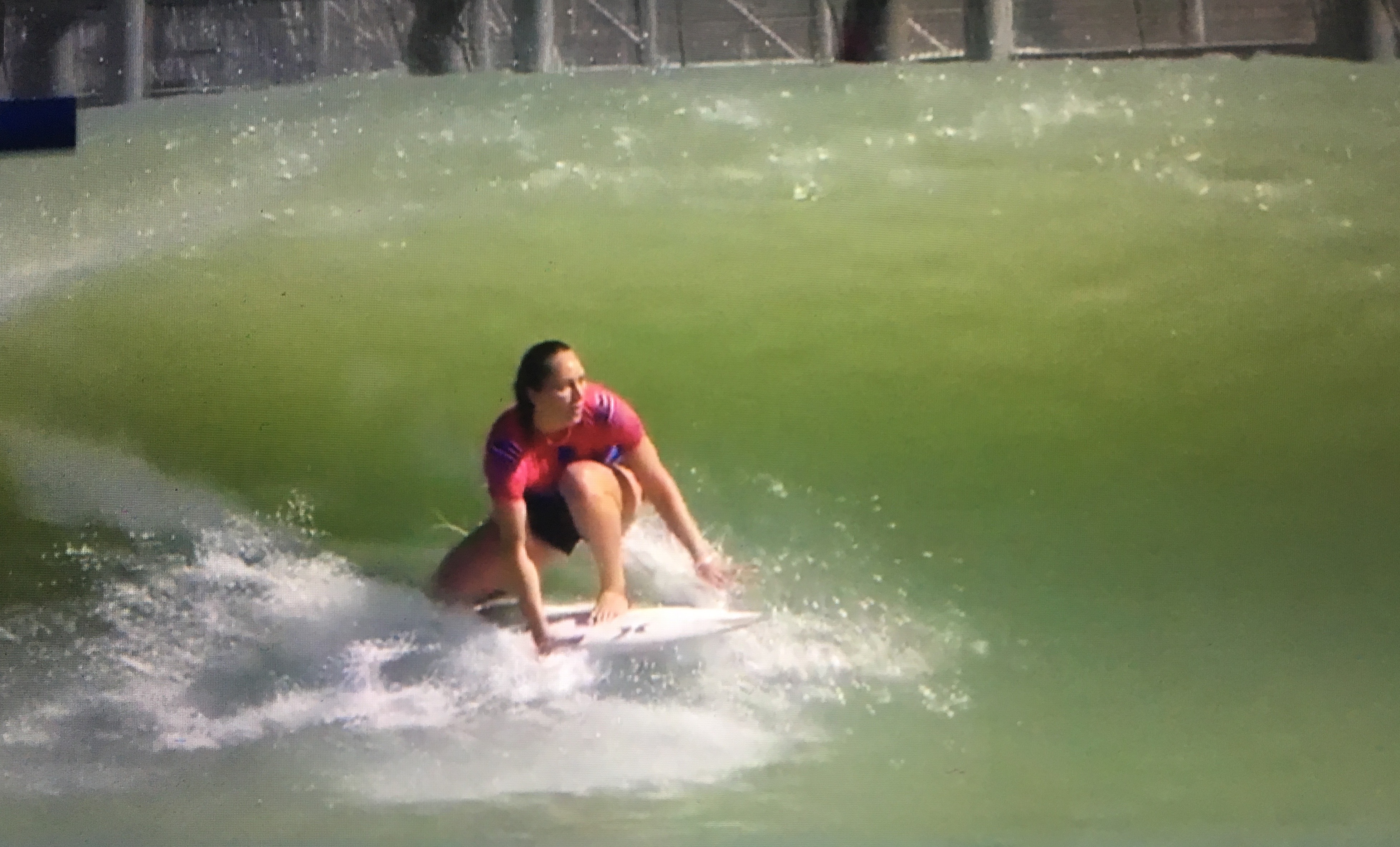 Carissa at Roxy Comp on the Gold Coast 2015 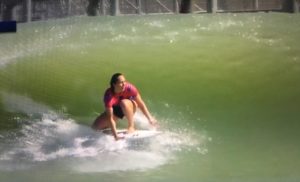 Carissa Moore on one of her winning waves at the Surf Ranch’s 1st WCT event. 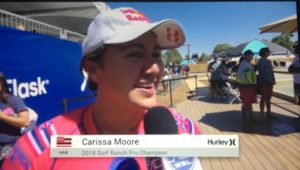 Equality 2019 Prize Money for Women and Men Pro Surfers across the board was announced today by CEO Sophie Goldschmidt of the World Surf League (WSL)! And six-time World Champ Stephanie Gilmore described as “Incredible, and I am thrilled. The prize money is fantastic, but the message means even more.”

This equality for prize money in the sport of professional surfing is a first over all sports in the USA.  Tennis is equal in the grand slams, but not across the board.

“The World Surf League (WSL) today announced that it will award equal prize money to male and female athletes for every WSL-controlled event in the 2019 season and beyond, becoming the first and only US based global sports league, and among the first internationally, to achieve prize money equality. The WSL is proud of its commitment to gender equality, and proud to join other organizations beyond the world of sport reaching this important milestone.”

Equality with the prize money is huge, speaks giant monumental leaps and bounds to all people around the world that the Messenger of God Baha’u’llah, His principle he shared in 1863 for equality for men and women to be there for all. It brings so much joy for the sport of Surfing and love it being the first sport around the world to do this for women and men.

To move in this manner to have equality prize money across all of the World Surf League surfing events is hats off to the WSL.  And Thank You to CEO Sophie Goldschmidt.

“From the moment current ownership became involved, the situation for the women surfers has been transformed for the better in every way,” continued Gilmore. “We have been so appreciative, but this takes it to another level. I hope this serves as a model for other sports, global organizations and society as a whole. My fellow women athletes and I are honored and inspired to reward this decision with even higher levels of surfing.”

Eleven-time world champion Kelly Slater said, “The women on the Tour deserve this change. I’m so proud that surfing is choosing to lead sports in equality and fairness. The female WSL athletes are equally committed to their craft as the male athletes and should be paid the same. Surfing has always been a pioneering sport, and this serves as an example of that.”

“Being a father myself, trying to raise two strong, independent girls, to be able to send them out into the world knowing that they’ll be on equal footing and that surfing is a legitimate career path for them is really exciting,” added WSL Surfer’s Rep Buchan.

The timing is excellent for 2019, so professional girls & woman will make more prize money so they can travel equally to events.  Boys and men and the girls all pay the same amount to travel, so it will make it easier for more girls to compete in events worldwide.

In September of this year the WSL athletes took hold of the prospect of the Surf Ranch’s equal playing field for the first time in modern surfing.

“Everyone is going to have a very equal playing field,” explained Wilson. “Who can stomp their best waves, runs, whatever you want to call it, hopefully we’re going to see the level rise. Not a lot of opportunity, so we can all capitalize on them and put in a really good show. The platform is there to raise the roof and show something that hasn’t been seen.”

“It’s definitely a perfect wave. It’s a mix of the Gold Coast with J-Bay, and Cloudbreak with Macaroni’s,” described current World No. 1 Toledo. “It’s that wave that we draw and dream about. It’s definitely one of the most perfect waves in the world.”

“I quickly realized when I got here it was like getting ready for perfect, small J-Bay, then backing it up with getting ready for perfect, small Cloudbreak,” added current World No. 3 Wilson. “You go right, you go left, you get all the opportunities. Those are basically two waves that I cherish on Tour and really enjoy going to. And it’s kind of like having both of them on demand. It’s an exciting opportunity.”

At one point in the press conference Slater was asked about who he thought the favorites to win at the Surf Ranch are.

“I saw Lakey come out of a barrel and land an air at the end this morning, so there’s the potential for something like that,” he said.

“For the men, if Filipe doesn’t win he loses,” he grinned. “I think anything besides a first for Filipe is like getting last.”

And if that’s not enough, the 2019 CT calendar was announced amidst the equality buzz at the Ranch. Highlights include a new women’s CT event in Portugal, a later start to the season, a more streamlined calendar, and once again, the CT season will end in Hawaii. For the men it will come down to Pipeline and for the women it will come down to Honolua Bay. Equality with surf spots is on too!

You girls and gals out there need a surf coach I can help you.  Please reach out by email: nancy@nancyemerson.surf